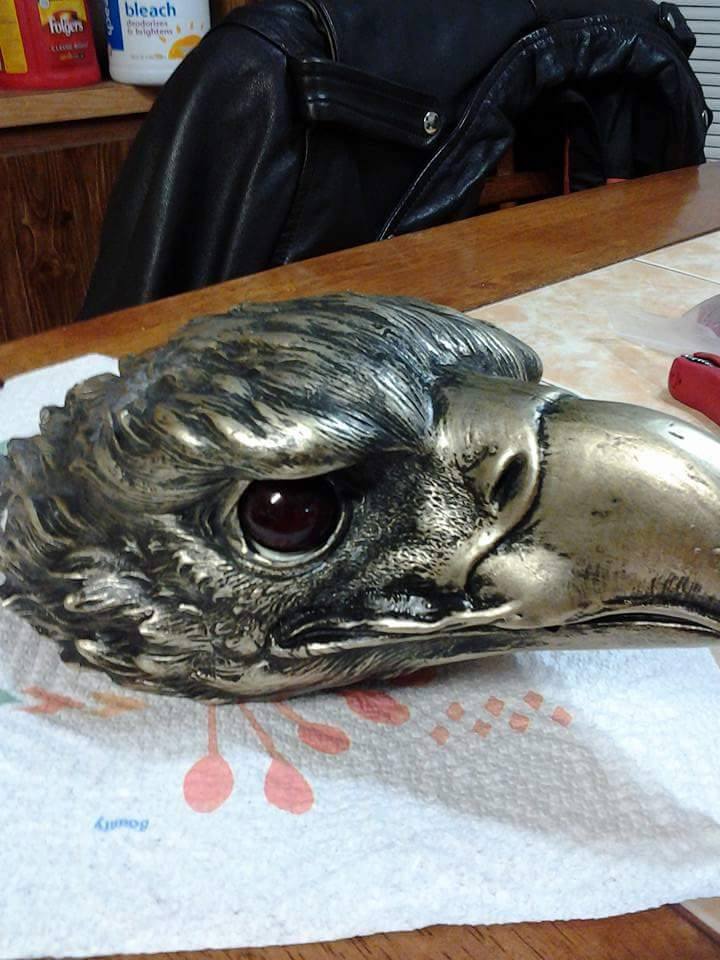 This is an example of how someone can think up a great idea, and then use their creativity and persistence to make their dream come true. Bobby Dulin's motorcycle is a 2010 Harley Street Glide (CVO Screaming Eagle). He knew the paint was beautiful becuase it was a CVO, but he wanted to use his creative side to do something unique and cool.  He found an eagle bust made of resin on eBay and bought it.  To add it to the bike, he did the following:

Bobby is from a small town called Clover in South Carolina just outside of Charlotte North Carolina. What's next for his creativity? "Any folk art steam punk themed don't know if will ever materialize but would love to build a all stainless bike terminator theme 2" thick hand blown glass gas tank illuminated from the bottom I can see it in my head. Thanks .Bobby Dulin sincerely"