This is another Custom build at Art In Motion LLC Motorcycles that was built in our “build your own bike” program using a Custom Bike In A Box Kit.   ALL our kits are unique and all kit pricing represents is discounted from retail.  The owner decided that he wanted to build a ProStreet Chopper.  He used the kit configuration tool to get close to what he wanted, then he, and our Chief Builder, worked out the rest over the phone and during the build itself, since things tend to change in a custom build.  The overall cost of the “kit” itself was in the mid 20’s.   Since he built it in our shop, and he did most of the labor with our training & supervision, the billable time by AIM staff was minimal.  As far as the concept goes – Worm was in the Army and so the basic colors are yellow and black.  Worm spends a lot of time at strip clubs 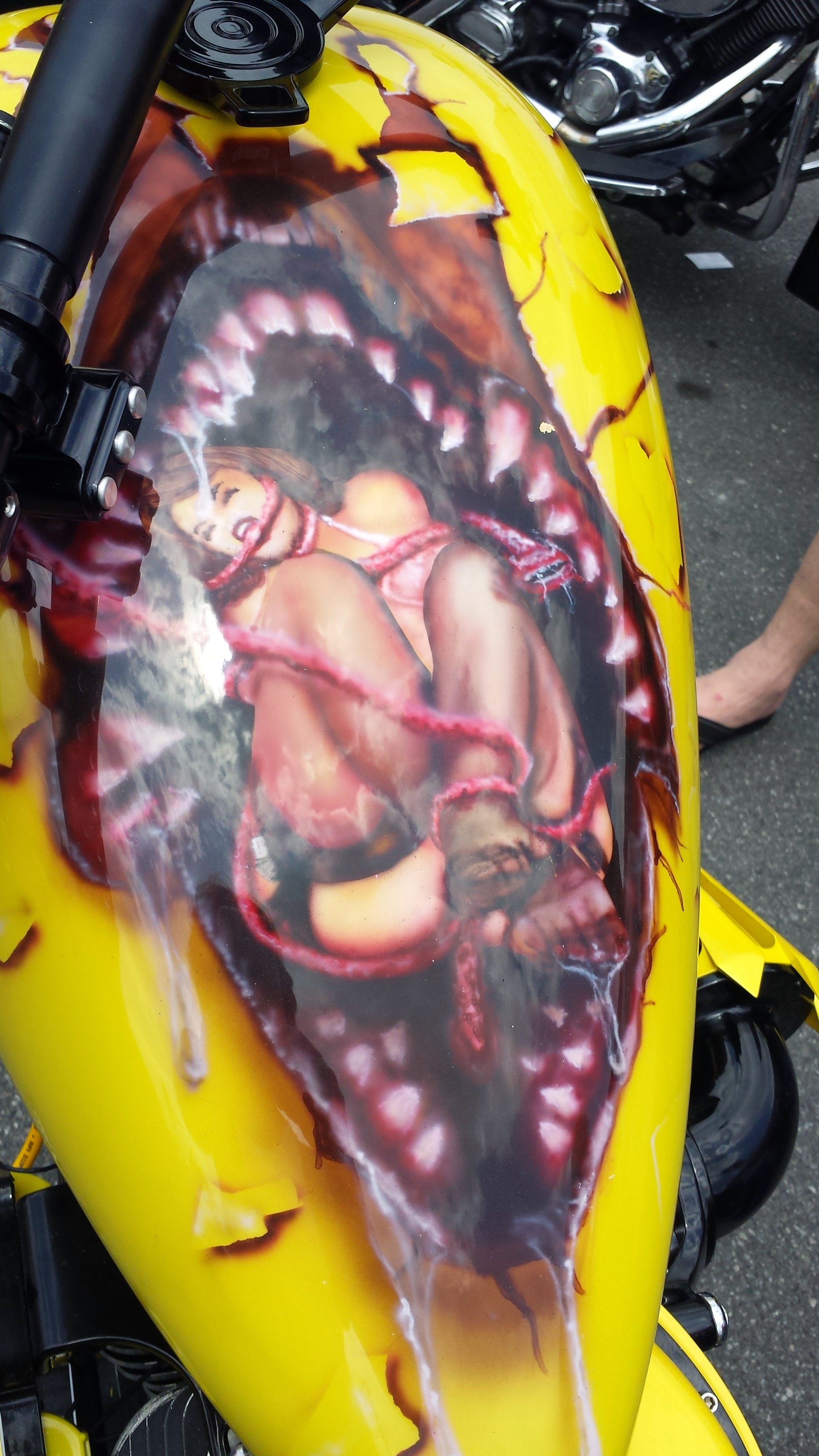 admiring the art of the dance – he combined that with some imagery of the genesis of his road name to come up with some unique artwork you’ll never see anywhere else .  Some of the parts included in this build are